Was Dattocon 19 Paris any good? My thoughts.

My first IT/Channel event in my 15 years in the MSP space - I thought I'd do a quick review of what I got out of the conference.

Firstly I'm not an MSP, and I'm not a vendor, whilst I used to run an MSP and once worked in one IT Rockstars provides marketing services for MSPs so I'm more of an "IT inbetweener".

The main draw for me at Dattocon Paris was the fact that Robin Robins was going to be a keynote speaker. The direct response marketing methods she sells as a system to MSPs have been built up over 10+ years working with the legend that is Dan S Kennedy.

I pretty much devour anything that Dan put's out and am modelling IT Rockstars on much of the learnings from Dan.

As such I'm attempting to take the best bits of Robin's model and fit a more digital age.

AirBnb I had next to the conference.

What I liked about the conference.

The best bit about the conference was how open and friendly everyone was. For some reason, I thought all the MSPs would be treating each other as "competitors" and ideas would not be flowing.

This was the opposite of reality. Every conversation I had there were many ideas and best practices being shared.

I also really liked how everyone was open to sharing what they are doing in their MSP and what's working/what is not working.

Whilst the conference had some 1200 delegates it had an intimate feel to it. I think this was because the Datto executives were very approachable and exhibitor numbers were manageable, meaning I had time to speak to all the vendors.

The other bonus to the conference was the fact that I'm a member of The Tech Tribe and Nigel provided all Triber's with a private chat room on our phones. This allowed us to meet up during the week for a meal and a drink.

Magnus Lindkvist's keynote was a great way to end the week and Rob Rae kept things all together during the main presentations.

Other highlights include the sidetrack meetings, I was mainly at the sales and marketing talks which were all very useful. If you are an engineer there are many Datto suite specific tracks worth attending.

The worst part was the Robin Robins keynote speech (sorry Robin)- I've seen this same presentation online but to tell you the truth it was a sales pitch delivered to a European audience which did not hit the mark. Far too long and aggressive, no entertainment factor, lack of humour and the value in the talk was hard to identify.

As already mentioned the main reason I was going to the conference was to see her speak but I had to leave early as it was so tedious.

I was also told that the executive download session could have been better managed but I cannot comment as I missed that due to my late start on the 2nd day. (Man flu, not beer)

Will I be back?

Yes probably but note sure when hopefully, they have another before Datto go public (they will). Conferences do suck up a lot of time and can be a real distraction, my head is still in a spin from it all but I did manage to partially validate my theory on vendors being willing to pay to come on my youtube channel 😀

Next year's Datto conferences are being held in Berlin and Atlanta.

Do you struggle to acquire leads for your IT business?

Have little time to implement a "marketing system".

Try a 1 month free trial of IT Rockstars membership and start generating consistent qualified leads for your managed service business.

Great to see you in Paris, Scott, along with so many other Tech Tribers. Kudos to Datto for putting on a great event. I know how hard Rob Rae and his team work to make this all happen.

Great to see you! Good job on the vendor videos.

Thanks for the shoutout Scott, great wrap up

Rob and his team run an awesome event!

Was great to meet you in Paris, Scott and love hearing your thoughts about the event. Hopefully see you at other events soon. You’re right though, it does take a lot out of you and you need some time to process it all and reflect on what you’ve learnt! Will be tuning into your YouTube channel! 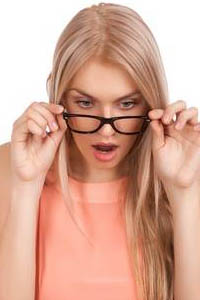